The Batman is the second instalment in the DC Cinematic Universe. It will star Wes Bentley in the title role, Zack Snyder will direct and it will be released for June 18th 2014.

Bruce Wayne is having a Party at his Manor, Dick Grayson arrives and asks him to come down stairs. In the batcave, Bruce is told by Dick that Black Mask has broken out of prison and is on his way towards the East Gotham Docks. Bruce tells Dick to call Barbara and then to suit up, Bruce goes upstairs and announces that he sadly has to go out but his butler Alfred will keep the party going to which everyone cheers. Bruce returns down stairs and puts on his suit, Dick enters with his suit on and Barbara swings in through the waterfall exit in hers. Batman and Batgirl arrive at the docks where they watch Black Mask reveal 7 crates each loaded with Weapons and Drugs. Mask loads them onto a Yacht and sails into the sea. Nightwing pulls up next to Batgirl and Batman inside the Batboat, Batman and Batgirl climb in and they begin to chase down Mask. Batman jumps on the boat but is attacked by Deadshot, Batgirl jumps on and tackles him letting Batman escape. Batman opens the door leading to the bridge where he doesn't find mask. Batgirl tells him that Deadshot escaped when she sees something in the distant, Batman sees another yacht and realises that the ship their on is a decoy. Batman and Batgirl jump into the Batboat and Nightwing begins to speed it up.

Batman jumps on the other yacht where he finds Mask, Batman handcuffs Mask who tells him to jump. Batman then realises that the Yacht was rigged to blow and jumps off with Mask into the Batboat. Batman, Nightwing, Batgirl and Mask arrive at the docks where Commissioner Gordon and the GCPD are waiting for them. Lieutenant Nick Gage throws Black Mask into the back of a SWAT Van while Commissioner Gordon talks to Batman. Gordon tells Batman that Mask has been trying to escape for months but this was the first time he actually did, Batman tells him that he will keep an eye on Mask.

Batman arrives back at the cave with Nightwing and Batgirl, the three change into their civilian clothes when Barbara leaves as she has to beat her father home. Bruce tells Dick that tomorrow Mayor Hill will be at the Gotham Parade and that Black Mask will strike. Dick tells him that it is impossible as Black Mask is in Belle Reve but Bruce tells replies with “It was one of Black Masks goons we arrested who had a voice changer to make him sound more like the real Mask”. Dick asks Bruce why they don't find and stop mask tonight but Bruce states that he will be joining the Mayor in the Limousine and Dick will be driving a jeep behind two cars behind the limo with their suits in the trunk.

The next day Alfred is helping Dick with his bow tie when Bruce walks down the Manor Stairs and tells Dick they will be leaving in 5. Dick grabs a sports bag with the duos costumes and gadgets. Bruce gets in the Mayors limo while Dick throws the bag in the trunk and positions his jeep. During the Parade Deadshot knocks out two guards and walks up the stairs leading to a roof where he pulls out a sniper behind him is a man in a Purple Suit made out of metal. Deadshot tells the man who is now revealed to be Prometheus to position himself. Prometheus jumps onto the neighbouring building and pulls out a Rocket Launcher. Black Mask crouches next to Deadshot and tells him not to miss, Deadshot then tells him how he never misses.

The Mayor and Bruce are in the limo when the car in front of them blows up. Masks men begin shooting the cars and floats with Assault Rifles. Dick drives his jeep into a small alley where he suits up. Deadshot prepares to kill The Mayor but is stopped by Nightwing who kicks his Sniper. Deadshot pulls out a knife and the two fight. Bruce kicks the door open and along with the mayor and two of his bodyguards run into a alley avoiding the firefight between the police and Masks men.

Bruce tells the mayors bodyguards to get him out undetected which they do, Bruce runs to the jeep Dick was driving and suits up as Batman. Deadshot is knocked out by Nightwing who is then attacked by Black Mask, Mask puts Nightwing on the floor and prepares to shoot Dick but is kicked to the neighbouring building by Batgirl. Batgirl helps Nightwing up when they are attacked by Members of False Face Society, Batman grapples to the building Mask is on and the two begin to fight. Batman knocks Mask down but before he can strike he is kicked forward by one of Masks men, Batman gets up and sees the man in a different outfit to the False Face Society. Batman asks for the mans name but instead of answering he begins to sing in a out of key tone, Batman recognises the poem to be Hush Little Baby a song his mother used to sing to him as a small child. 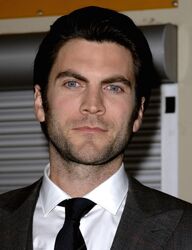 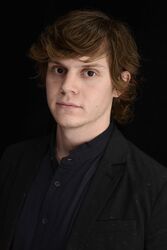 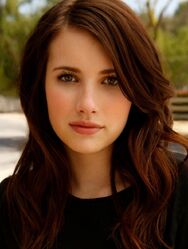 Retrieved from "https://dcmoviesfanon.fandom.com/wiki/The_Batman_(2014_Film)?oldid=10220"
Community content is available under CC-BY-SA unless otherwise noted.