The Last Son of Krypton is a superhero film featuring the DC Comics character Superman, produced by DC Films and distributed by Warner Bros. Pictures. It is a reboot of the Superman film series and the first installment of the DC Films Universe. Directed by Greg Berlanti and co-written by Ali Adler, the film stars Chris Wood, Kat Dennings,

The movie opens in flashback with Krypton invaded by genetically created flying monsters from the planet Apokolips known as Parademons. In a royal palace, the king and queen of the planet, Jor-El and Lara Lor-Van, are contacted by Desaad, the loyal servant of Apokolips monarch. Desaad offers them to protect their child and in exchange Krypton will not be destroyed and its inhabitants will simply be enslaved on Apokolips. Jor-El and Lara refuse the offer. While Apokolips is colliding with Krypton, destroying the planet, Jor-El and Lara place baby Kal-El in his rocket, hoping that his adopted world will never have to stand against Apokolips. Jor-El manages to ignite the rocket just as he and Lara are murdered by Parademons. Krypton is destroyed and the Apokolips monarch vows to hunt down the child who is now the Last Son of Krypton. 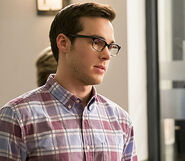 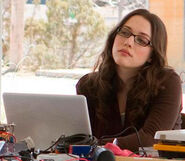 Kat Dennings as Lois Lane
Add a photo to this gallery
Retrieved from "https://dcmoviesfanon.fandom.com/wiki/The_Last_Son_of_Krypton?oldid=17438"
Community content is available under CC-BY-SA unless otherwise noted.